To Kill A King – Cannibals With Cutlery 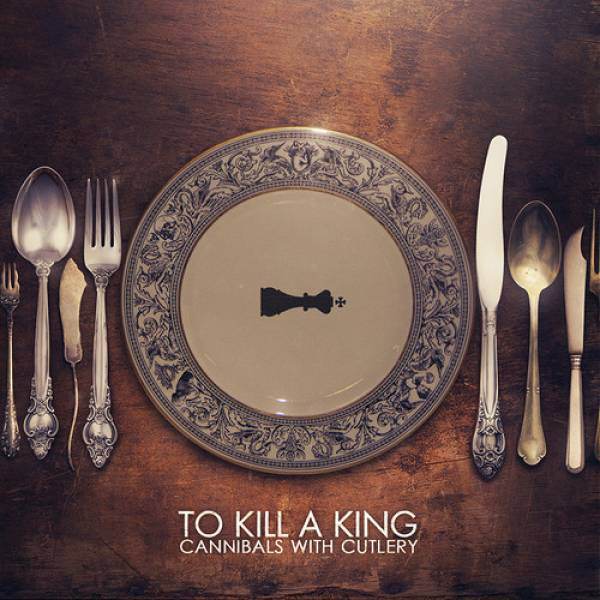 “A cannibal with cutlery is a cannibal still” sings Ralph Pelleymounter on the eponymous track from To Kill A King’s debut album. It’s not hard to see that as a commentary on modern life. Have we become something worse than we were? Has modern society quashed our natural spark? These are not new questions. Neurasthenia is ‘nervous weakness’ produced by the frantic pressures of advanced civilisation. It was first used in America. In 1850. They turned to Miltown, Valium and then Prozac to deal with it. I’d rather opt for a spot of musical catharsis: “Stop this world for five minutes, what kind of chances do we give ourselves?”

The story told in Cannibals With Cutlery may not be new. When its told this beautifully that doesn’t matter. Pelleymounter’s smooth vocals are shot through with determined character and a quiet confidence . To Kill A King’s sound has a unique edge to it. This is urban folk. Dreamt up on Ralph’s Balcony. Bird song clashing with traffic noise. The park across the way, lit up in all its beauty by sunlight piercing the grey smog.

The album is perfectly paced. I Work Nights And You Work Days sets the tone. It is grounded starkly in the realities of life. Pelleymounter laments how things used to be: with a rose tinted nostalgia weaving between piano chords and a tender string section. Cold Skin is wonderfully hectic. It will have you hooked. Upbeat passion continues through Funeral and Wolves. The first is dark, epic and cathartic. The second, rather more haunting. It paints fitting in and feeling comfortable as a happy delusion: “wolves will keep you warm, if you convince yourself you’re one.”

The second half is all could’ve, would’ve, should’ve. In less skilled hands it could feel tired and self-indulgent. The tracks are regretful yet real. Besides, She Said is an argument soaked in apathy. Perhaps that makes it all the more terrifying. Gasp offers a way out: “hold your head underwater, until the noises stop”. Choices is a full bodied return to life, a fine showcase of the band’s widescreen sound. The see-sawing between hope and despair, gentle and orchestral, keeps things interesting and organic throughout. Fictional State is outstanding: powerful, brutal and affecting. A disarmingly blunt depiction of family turmoil set against a stomping soundtrack.

Letters To My Lover brings things to a satisfying close. The balancing act between contemplative and epic performed brilliantly yet again. Solace and longing set against individualism and hope. We are reminded that “love does not stop once its begun”. That’s why I will be listening to this record for a long time to come.

← The 1975 Interview
Everything Everything – Arc/Live →