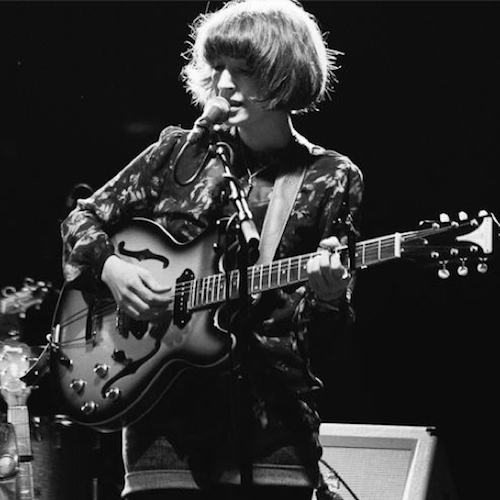 Oh, how much things can change in two years. The last time I saw Daughter play in Cambridge they were supporting Benjamin Francis Leftwich at ARU. There was only two of them then: Elena sang and Igor played bass. They played a lovely set. It was a little nervy and quiet but beautiful nevertheless. Those nerves have largely passed now. The quietness certainly has. Their sound at The Junction last week was powerful and all encompassing. Quite the contrast to the meek set at ARU. Despite this power they managed to retain their delicacy. That was the beauty of the show.

Those two years have been pretty busy for Daughter. Remi came onboard to complete the trio. Their Communion-backed EP, The Wild Youth, led to a deal with 4AD. 2012 saw a number of sold out shows. 2013 was debut album time. If You Leave was as well crafted as expected. It’s haunting tales went down pretty well with the wider public. Now they’re on tour again. Playing the same cities but in far bigger venues. It must be a pretty pleasing progression.

Still was a transformed opening. A swirling mist of sound. Elena’s tender tones skipping atop it. Igor playing his guitar with a violin bow. That same swirling power continued with Amsterdam: “a flying kite in the breeze.” Tracks from their earlier EPs highlighted just how far they’ve come. They were good tracks. They were played well. But they weren’t complete. Their dark lyricism was at odds with the more upbeat sound. Yet, that bouncier sound served as a good contrast to the darker soundscapes that otherwise prevailed.

Human carried that bounce and added layers of feeling. Tomorrow was tribal yet ethereal. Youth was a dark magic. The crowd sung along with a tenderness that, for once, added to the experience. There was a muted joy to the choral “we are the reckless, we are the wild youth”. The collective effort seemed to move Elena too. She whispered a breathless thank you before apologising: “I think we are a bit depressing for a Saturday night”. Dark? Yes. Depressing? No. It was a reminder that most of our feelings were not dead and gone. It was moving. And it was finished perfectly. Home was as aptly named as it was intense. They didn’t even bother with the contrived farce that encores have now become. They played their set. They played it brilliantly. They left.