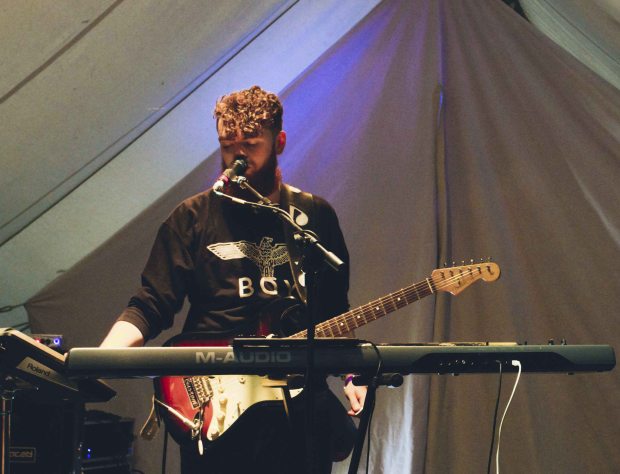 We first got wind of Jack Garratt whilst checking out the acts we were to see at In The Woods Festival. His charming croons teeter over wobbly bass lines, he’s like a calmer, grittier Alex Clare yet there’s scope for him to be a lot more.

The formula is tried and tested but Garratt teases at the scope of music he could produce. Hints of his multi-instrumental talents come from the subtle bluesy guitar in Water and the Bon Iver influenced croons of I Couldn’t Want You Anyway,  masterfully accompanied by powerful piano and electronic hi hats. Each track does well to emphasise Garratt’s uncertain balance between the digital and analog music worlds.

That balance itself is nothing new. Yet, there is something intriguing about Garratt’s fondness for heavy guitar licks that dominate so much of his live performance when juxtaposed with the heavy electronic bass influences that prevail on record. At what point it was decided such a contrast between record and live show was necessary is baffling. Certainly his emphatic vocals riding atop deep bass lines follows a trusted formula for major success, attested to by almost one million plays on Soundcloud.  At the same time, his fondness for all parts of his musical arsenal could set his sound further apart from his solo contemporaries. Jack Garratt sits pretty close to the top of that pile anyway, but if those hints of electric guitar in Water, or the angry edges of Worry, were emphasised to the extent they are in his live show this would be an altogether more ground breaking direction.

It isn’t our job to prescribe to artists what they should and shouldn’t do. That is and will always be up to them. However,  having witnessed Garratt’s astonishingly accomplished live set one can’t help but wonder whether muting the eccentricities of his sound for record was an overly conservative decision. The songs remain very well produced examples of his talent, but they’re bursting at the seams. There’s a lot hidden beneath the restraint of these tracks. Uncovering it could put him in a category all of his own.