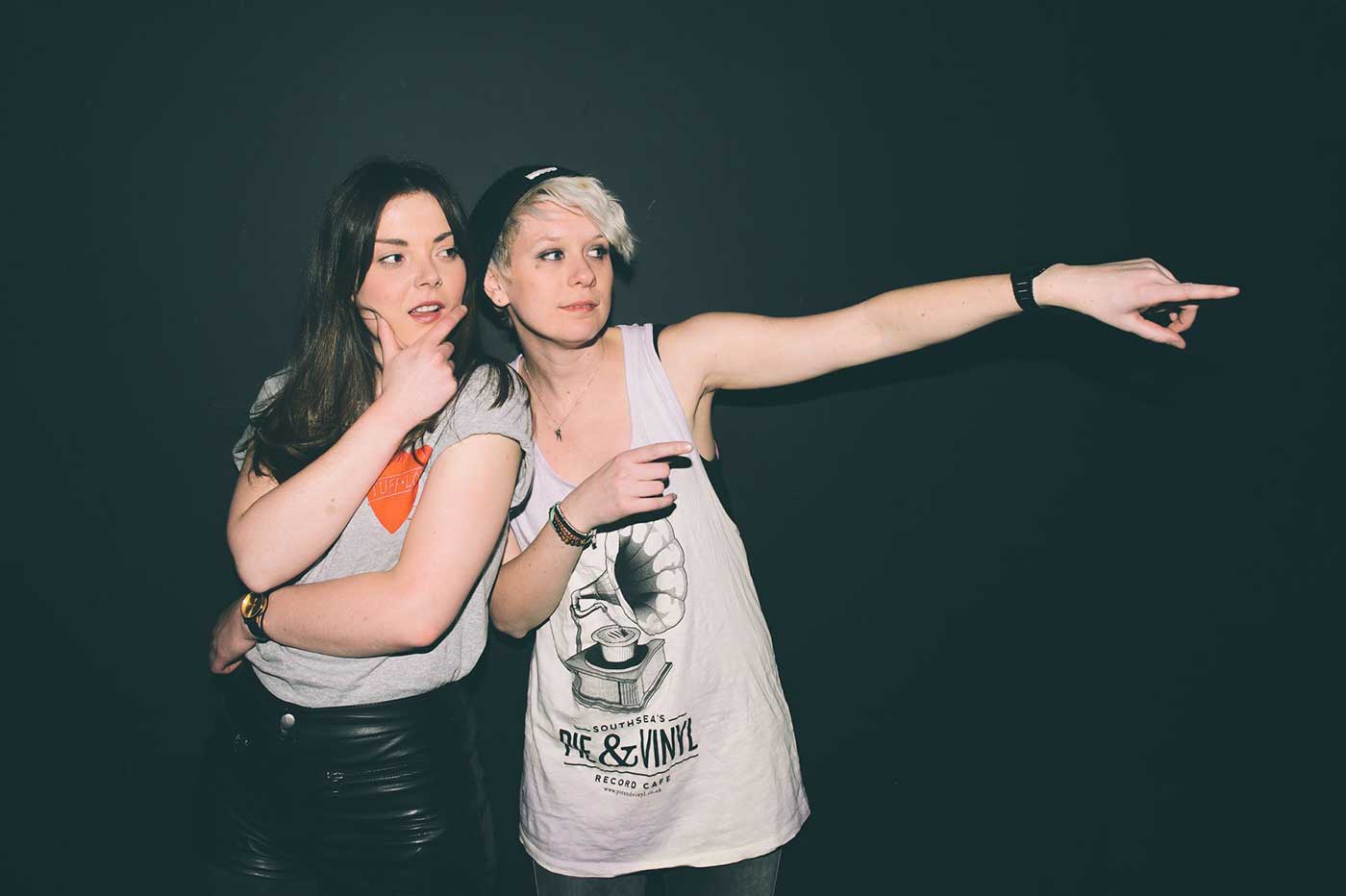 This is the second part of a week long series profiling our picks for Bestival 2015. You can check out all 5 acts now in rather fancier form on this standalone web page: http://bit.ly/hmcmb-bestival-2015 (go on, take a look). Or, you can stick to the good old fashioned blog where there will be a post a day through out the week.

From an EP recorded in a bathroom to a full sweep of festivals this summer, via a hard-hitting debut album, it’s been a busy few years for Stina Tweedale and Shona McVicar. Much was made of that first EP, as lo-fi as you can get but defined by far more than that. The lyrics and attitude that punched through the fuzz spoke of some serious talent.

That talent caught the eye of Brighton’s Fat Cat records who signed Honeyblood to record their eponymous debut album. It’s an album that steers wonderfully clear of the dangers of overproduction. Too often have a new band’s rough edges been polished to the point of blandness in the name of production. The scuzzy angst of Fall Forever wastes no time in letting you know that is not the case here. The album mellows in its mid-section before surging back to life with the honeyed venom of Choker. All Dragged Up despairs “Why won’t you grow up” before Braid Burn Valley brings things to a forlorn close.

The record was great. It’s difficult to believe the live show will be anything less than better. If it sounds this fiery from behind the recording glass then it can only be more powerful in person. We’ve yet to experience it. Here’s hoping that Bestival provides the perfect opportunity.